Celebrating Passover during the pandemic, again 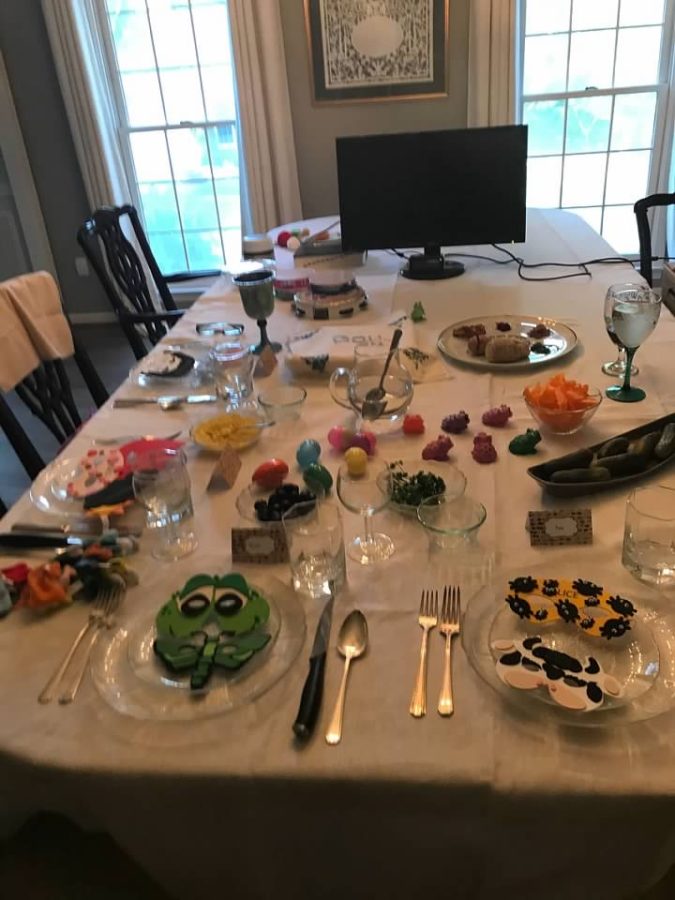 For many families this year, the seder table is not complete without a computer for Zoom.

Although celebrating Passover last year was different than anyone could have once imagined, freshman Sela Wertlieb found a silver lining in the one-of-a-kind experience. Since Wertlieb’s family did a Zoom seder, it gave her the chance to talk to her family that lives far away without having to travel. This year, Wertlieb will continue the Zoom tradition.

“I like [the way we celebrated last year] better because I never liked hosting because it is a mess,” Wertlieb said. “[When it is just the four of us] it is more peaceful and more intimate.”

Wertlieb and her family are driving to Ocean City, Maryland, and are going to do Zoom seders with her family from there. Her plans for this year are not her family’s usual Passover plans. In past years, Wertlieb has hosted her extended family at her house for the seders. Her Passover celebrations this year and last year are different than usual because it is just her immediate family.

Talmud teacher Rabbi Reuvane Slater’s plans for this Passover are similar to his plans from last year.

Slater did not do any Zoom seders last year and does not plan to do any this year because of Halakhic reasons, but he still felt connected to his family because of Zoom events during the chol hamoed days.

“It is going to be all of the individual families on their own [for the seders], and then after the holiday, we will talk about it,” Slater said. “We will do Zoom chol hamoed … last year I think I did a magic show for the family.”

Alternatively, sophomore Samantha Vaisman is driving down to Florida to do the seders with her grandparents and cousins in-person. While her family usually goes to Florida for Passover, they will be driving, not flying as they typically do.

“Last Passover, we did Zoom seders at my house, and this year we are actually able to do something in-person,” Vaisman said. “[I prefer the regular seder] because it is in-person and you have more of a connection with the people.”

This story was originally published on March 24, 2021.