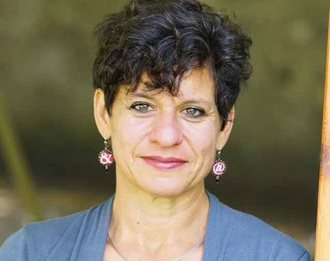 Jodi Rudoren is Editor-in-Chief of the Forward, the oldest Jewish news source in the U.S. 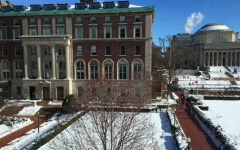 Jodi Rudoren, Editor-in-Chief of the Forward and former Jerusalem Bureau Chief of the New York Times, and Rabbi Shaul Robinson of Lincoln Square Synagogue in New York will headline the JSPA Specialty Program at the 2020 Annual Spring Convention of the Columbia Scholastic Press Association at Columbia University in New York, where JSPA is holding its annual convention and Shabbaton this year.

Ms. Rudoren, who will speak at 10 a.m. on Thursday, March 19, became Editor-in-Chief of The Forward last September after 22 years at the New York Times, most recently as Associate Managing Editor for Audience Strategy. She led the Times’ Israel coverage from 2012 through 2015, during two Israeli elections and two wars in Gaza, and served also as presidential campaign correspondent, Chicago bureau chief and deputy editor on both the metro and international desks. While in college she served as managing editor of the Yale Daily News, and earlier attended CSPA conventions while a high school student in Newton, Mass.

The Forward is the United States’ oldest Jewish newspaper, founded in 1897 and published only in Yiddish until 1990, when it inaugurated a weekly edition in English.  It became online-only in the first half of 2019.

Rabbi Robinson will speak on Journalism and Jewish Ethics at 11 a.m. the same day, March 19.  Rabbi Robinson has been Chief Rabbi of Lincoln Square Synagogue in Manhattan since 2005, after leading synagogues in London and Cambridge, England, where he was the first full-time Rabbi for Jewish Students at the University of Cambridge.

A native of Glasgow, Rabbi Robinson earned degrees in political science and economics, and studied for seven years at Yeshivat Hamivtar and the Joseph Straus Rabbinical Seminary in Efrat.  He received his ordination from that yeshiva, from the Chief Rabbinate of Israel, and from the preeminent rabbis Chaim Brovender and Shlomo Riskin.

In addition, JSPA founder and executive director Joelle Keene, who is faculty adviser to the award-winning Boiling Point at Shalhevet High School in Los Angeles, will speak on why and how to cover religion in high school news media. And Boiling Point editors will lead a session on how to write sensitively yet truthfully about people you know — one of the toughest challenges in journalism and one high school journalists must navigate every day.

CSPA’s Annual Spring Convention, which hosts about 2,500 student journalists from around the U.S., will take place from March 18-20 on the Columbia campus and will offer more than 350 sessions related to high school newspapers, yearbooks, magazine and online media, including workshops on reporting, writing, page design, photography, video, broadcasting, advising, and law and ethics.  To register for the CSPA conference, click here.

JSPA’s specialty programming at the conference is open to all CSPA attendees. In addition, JSPA is hosting a Shabbat luncheon and journalism moral dilemma discussion on March 21. To register for the Shabbat program, click here.