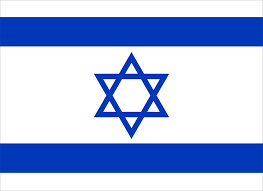 Writers from The Lion’s Tale at Charles E. Smith Jewish Day School debate whether or not Jews should publicly criticize Israel. 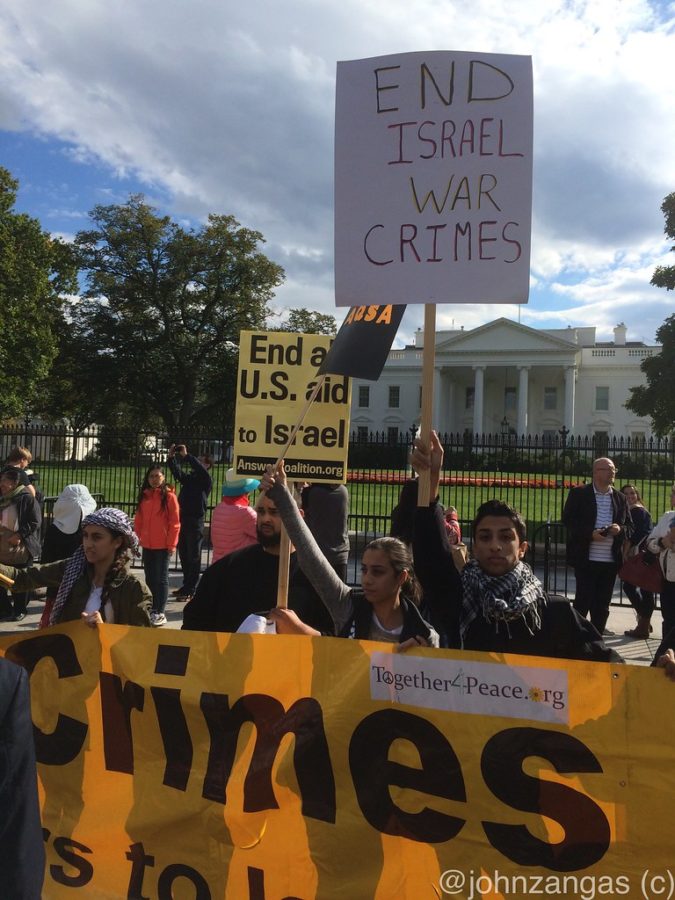 A crowd gathers outside the white house to protest the actions of Israel.

In its conflict with Palestinians, Israel has recently taken some morally problematic steps. From spraying protesters in Sheikh Jarrah with sewage water to destroying Palestinian homes in the West Bank, it has become harder to consistently justify Israel’s actions. I and other American Jews are obligated to criticize these repugnant measures.

Many Jewish people on social media would prefer other Jews to defend Israel without reservation. When sharing information online, they highlight Palestinian violence while ignoring Israeli provocations. They defend Israeli soldiers yet overlook the 1200 reported incidents of police brutality against Palestinians each year.

People who argue that all Jews must support Israel uncritically lend credence to the antisemitic notion of dual loyalty. The idea of Jewish dual loyalty inspires the incorrect notion that Jews care more about Israel than their own country. It gives antisemites a pretense to call Jews disloyal to their country and incites bouts of hatred against Jewish people around the world.

Jews can obviously support the country that they have a cultural connection to, but the idea that they are obliged to do so under all circumstances is wrong and even harmful.

It is not our role as Jews to blindly support Israel. At CESJDS, we specifically value Ahavat Yisrael, which entails solidarity with Israel. But that solidarity should be expressed through wanting the country to improve, not by ignoring its faults.

The reality, of course, is that the conflict is a complex issue and there is plenty of blame to go around.

Israel consistently ignores the illegal settler population in the West Bank and allows them to encroach on Palestinian land, often violently. Racism against Arabs is an enduring problem and the police have long had a problem with excessive force against minorities.

It is true that Hamas constantly incites religious violence and has fired thousands of rockets at Israel. They build tunnels to infiltrate terrorists into Israel and withhold relief aid from their own citizens to procure armaments.

However, the crimes of a terrorist organization do not justify every possible response by Israel. And Hamas is not representative of the greater Palestinian people.

Hamas’ violence is deplorable and holds limited popular support among their own people. We cannot allow ourselves to define the Palestinian nation by the extremist actions of a few violent people.

Every time Israel strikes back against Hamas’ terrorism, it is always the Palestinian people who are caught in the crossfire. When a terrorist presence is suspected in a civilian building, that building comes down promptly, and thousands of innocent people are left homeless.

Our vocal criticism is necessary to hold Israel accountable for its actions and pressure the state into considering the plight of the Palestinian people.

Using evidence and rational thinking, we can strive to bring a fair opinion to the conflict. Criticizing Israel does not make us traitors to our people. It just means that we want a better Israel.

Jews gather in support of Israel.

American Jews should not criticize Israel on social media because it fuels antisemitism. It is imperative to fully understand both sides of a conflict before expressing one’s views, yet many students from CESJDS, who should know better, encourage hatred towards Israel through their misguided criticism.

By solely blaming Israel for the chaos in the Middle East, many JDS students are unknowingly opening a door for antisemitism and anti-Zionism among their non-Jewish followers.

Sadly, in today’s society, many teenagers rely on platforms such as Instagram and Twitter for their news and believe everything they read. On May 10, after the riots in Sheikh Jarrah, I scrolled through Instagram posts in hope of finding support and validation for the worry and sadness I was feeling. Instead, what I saw from my Jewish friends was shocking.

Palestinians were evicted from their homes because they had not paid rent for many years despite warnings issued by the Israeli government. I was stunned to see the unjustified hate Israel was receiving from the world, but specifically from my fellow JDS classmates.

Palestinians in Sheikh Jarrah refused to pay because they knew it would incite violence against Israelis, and somehow my classmates fell for their strategy, as did much of the world.

The criticism of Israel on my Instagram page was clearly based on misinformation and what seemed to be a strong desire to vilify Israelis. Some common threads I saw were: “We should be mourning the Palestinian men killed by Israel’s war machine,” “Listen to Palestinians. It has never been more critical to center their voices,” and “Israelis aren’t evicting Palestinians from their homes, they are evicting them from their humanity.”

Upon posting an image stating “I stand with Israel” after thousands of rockets were fired by Hamas and an IDF soldier was murdered, I received countless Direct Messages shaming me for standing in solidarity with the country, and at least twenty people unfollowed my account. Once again, I was shocked and saddened by the words and actions of my classmates.

JDS students, I call on you to be more aware of the impact your posts may have on the broader Jewish community. Solely condemning Israel on social media can very easily be misinterpreted as disagreeing with the existence of the State of Israel. Your actions do not go unnoticed – as evidenced by the protest last week at Walt Whitman High School equating Israelis to Nazis – and you are fueling the disgusting amount of antisemitism and anti-Zionism in the Washington area.

It is our role as Jews to stand by Israel. This does not mean blindly supporting every action the government takes or cheering for the death of innocent Palestinians. It means defending the Jewish state – a land that would take you in if our history of persecution were to persist – and being able to both criticize and praise the actions of its government.